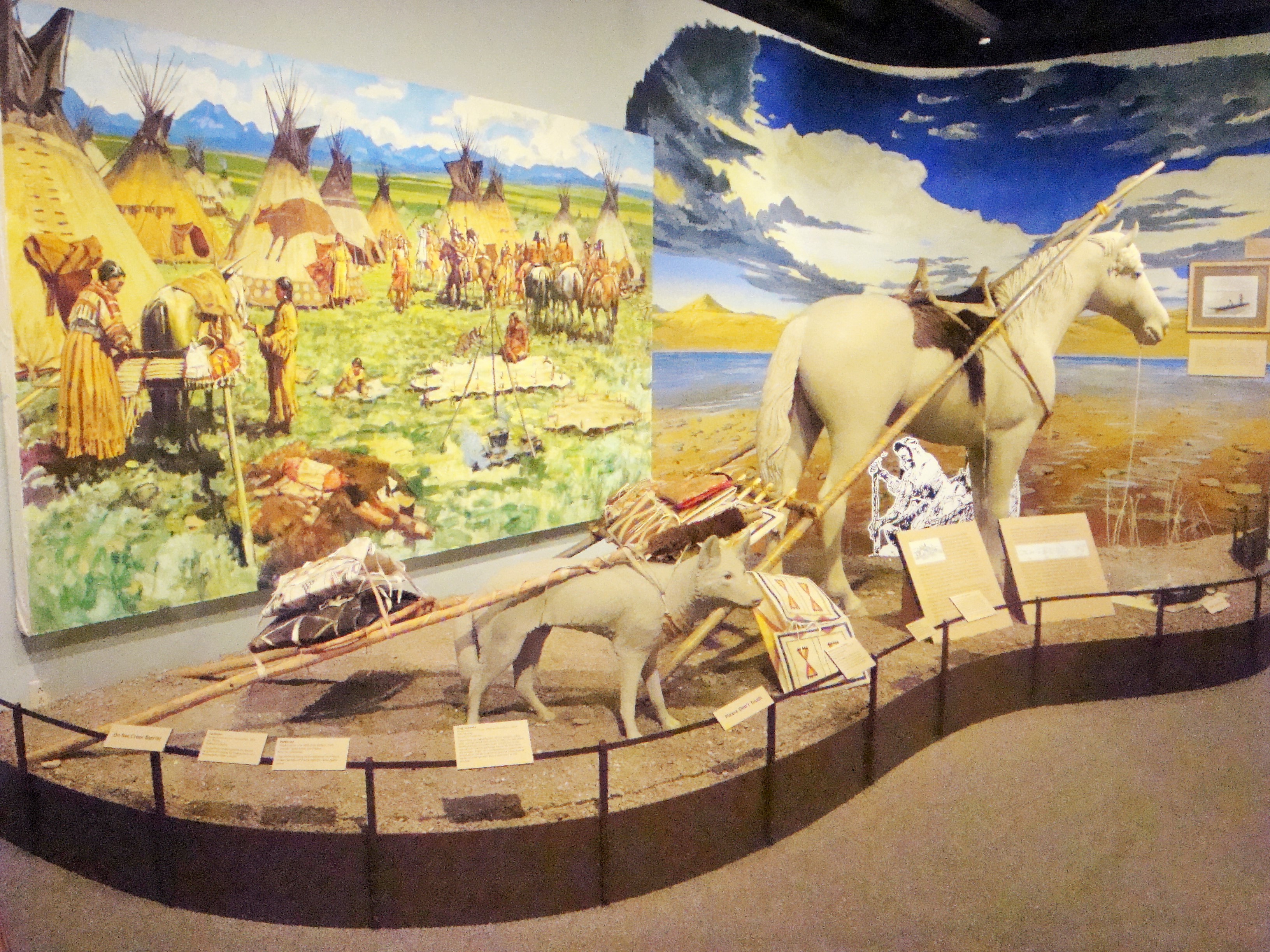 Editor’s Note: These are the kind of posts that happen when you turn a history major loose in a museum. These posts were inspired by, and draw heavily on, an exhibit at the Montana Historical Society in Helena. Neither Empty Nor Unknown is an incredible exhibit that examines what life in Montana looked like during the time of Lewis and Clark. This is Part 2, you can read Part 1 and Part 3.

European expansion changed everything. K. Ross Toole describes the “bowling-pin effect of white advance” that pushed the forest Indians into the prairie, the prairie Indians into the plains, and the plains Indians into the mountains. By the 1700s, the Blackfeet were the dominant force on the Rocky Mountain front. The Blackfeet Confederacy essentially ruled all of the territory along the Rocky Mountains between present-day Edmonton and Great Falls. The Crow, an originally semi-sedentary people from the Ohio area had been pushed all the way into the Yellowstone River drainage. The Salish, the Kootenai, the Kalispel and the Shoshone had retreated west of the mountains, making only sporadic incursions into buffalo territory. During the 1700s the Assiniboine, Gros Ventre, Cree and Sioux came to occupy the territory east of the Blackfeet and Crow. By the 1800s, Cheyenne territory stretched from southeastern Montana into Wyoming, Colorado, and Nebraska.

All of the plains tribes led nomadic lives. They moved with the seasons and the buffalo. Although meat formed the majority of their diets, Aaron Parrett in Montana, Then and Now points out that they had access to over fifty varieties of native edible plants.

The first horses probably arrived in Montana around 1650 and several tribes, especially the Shoshone, Crow, and Blackfeet became fearsome horse warriors. Even they,however, did not ride horses on a daily basis. Plains Indians, until probably the nineteenth century would ride horses to fight and hunt, but use them as pack animals when moving from place to place.

Most modern people don’t understand a truly nomadic lifestyle. We simply have no frame of reference. I didn’t give the matter much thought until recently, and if I did, I probably imagined the tribes wandering willy-nilly around the plains, chasing buffalo, and eating plants if they chanced upon them. Nothing, of course, could be further from the truth. In reality, the Indians of Montana carefully managed the landscape. By the time of Lewis and Clark, Montana had no empty space, no terra icognita. In a presentation at the Montana Historical Society Annual Conference, Dr. Rosalyn LaPier argued that Native land use was very strategic. According to her research, each tribe and band lay claim to specific areas, separated from the territories of others by “buffer zones” claimed by no one tribe. These buffer zones were often very rich in resources because no one group lived there. The Gallatin Valley, especially around the Three Forks area, exemplifies the creation of buffer zones between tribes. Native land management required a good deal of inter-tribal cooperation. Tribes would coordinate activities, so that they hunted and harvested at different times and in different places, allowing fields and herds to recuperate. While they did not farm in the traditional sense, they would strategically plant and harvest useful crops. In some ways, a nomadic lifestyle lends itself to strategic land management better than a sedentary lifestyle. It certainly makes it easier to leave fields or herds alone for long periods of time.