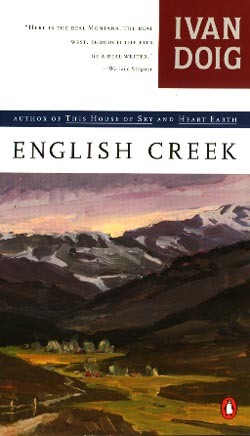 Tomorrow Scotland votes on independence, and I have been marking the occasion by reflecting on Montana’s debt to the people of Scotland. There are so many Montanan Scots, and I’ve looked at only a few, please feel free to let me know if you have others that you would like to read about. In the meantime, here’s a post about my two very favorite Montanan Scots.

Ivan Doig wrote the book on Scottish Montanans. Then he wrote two more. In fact, nearly every book he has written addresses Scots in Montana. In his English Creek trilogy, he wrote of three generations of Scots from the 1880s the 1980s. Other books, like Bucking the Sun and Prairie Nocturne are filled with Scottish characters. Himself the descendant of Scotsmen, Doig approaches the story of Montana with wit and insight. A longtime newspaper writer, Doig started writing about his Montana childhood as a way of making peace with a tumultuous past. He has been writing more or less continuously since 1977. Doig was one of the writers who elevated Montana writing to national prominence, arguing that he wasn’t a “regional” or “western” writer, he was just a writer who happened to write about the west. 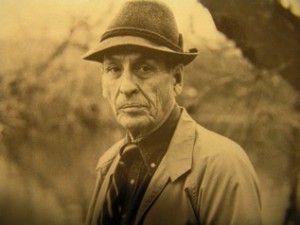 No discussion of Montana’s Scots (or for that matter, Montana) would be complete without reference to my all-time favorite: Norman Maclean. The son of a Scots Presbyterian minister, Norman’s writing is imbued with typically Scottish sentiments—including a high theology of God and Nature, a keen sense of the beauty of tragedy, and a masterful eye for the lyric. If Doig elevated writing about Montana to national importance, Maclean elevated writing about fly-fishing to an art form. All Montana writers—whether consciously or not—owe a debt to Maclean, who showed how something specialized and localized could have universal appeal. Anyone involved in Montana tourism too owes a debt to Maclean. Published a decade before the Montana’s first big push to market the state as a tourist destination, River primed the pump by drawing the lines between Montana, the outdoors, and recreation. 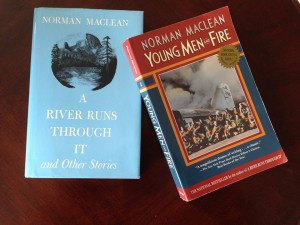 The Scots that I have profiled this last week all helped shape Montana. Fergus and Stuart were early pioneers, hewing a state out of untamed territory. Rankin built on their legacy, invoking the state’s sense of can-do-it-ness, competence, and individualism to promote equality and social justice. Maclean and Doig captured these same ideals in their writing, combining refined art with the still rough-hewn character of the state to create works distinct and beautiful. A few of this five were more Scottish than the others, but all were Montanans to the core. I don’t know how the Scottish vote for independence will turn out. I don’t really know what impact that will have on Montana. But I do know the impact that Scotland has already had on Montana, and it is grand.