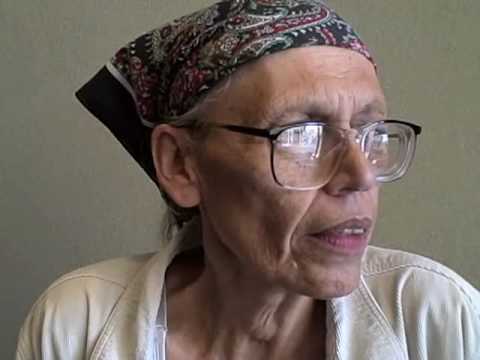 Why is there not a book of Minnie Two Shoes columns? That question might make a bit more sense if you had some context. Minnie Two Shoes was born in Poplar, Montana, in 1950 as Minnie Eder. She worked as a publicist for the American Indian Movement, an advocacy group for Native Americans founded in 1968, and played a role in some of AIMs most famous large-scale protests during the early ’70s. She left AIM in 1975, and in 1983 she graduated with a B.A. in community development from Fort Peck Community College in Wolf Point. In 1987, she received an M.A. in Journalism from the University of Missouri. During the 1980s and ’90s, she worked as a reporter for the Fort Peck based Wotanin Wowapi newspaper. She also wrote a regular column entitled “The Red Road Home,” and that is where this post picks up.

Minnie Two Shoes was a tireless activist, a powerful writer, and an astute journalist. She put all these skills to good use in columns like her 1984 “Putting Your Life Into Someone Else’s Hands at the IHS” in which she exposed the ineptitude of many temporary doctors at the Indian Health Services.

Humor-less fury like the emotion encountered in “Putting Your Life…” is rare, Two Shoes had a keen, humor-filled sense of observation. She tended to approach even the most serious topics with a disarming wit that invited readers to think about issues they would much rather ignore.

Many of her other columns didn’t directly address specific issues, but are instead observations about her life on the Fort Peck Reservation. In one of my favorite columns, Two Shoes describes how she suggested that the Wotanin Wowapi hold a contest for the most beat-up cars at the summer celebrations. It was a difficult contest—as you might imagine, rural Montana in the middle of summer features many beat-up cars—but the staff always found a winner and presented them with gas money and a few quarts of oil. In another column, Two Shoes described a miserable camping experience she had had at a summer celebration the previous summer before concluding optimistically, “This year’s Fort Kipp Celebration had better weather […] the dance rained out and that was a real howler, with winds of 50 mph, an inch of rain in two hours and 5 out of every 7 camps blown down.”  In 1993, just after Thanksgiving, she wrote a piece about Christmas shopping for children. In typical Two Shoes fashioned, she started out by mocking the current toys on the market, pointed out the one gift that was sure to please—a cardboard box—and then followed it up with the touching advice that “the best thing young parents should give their kids […] is time.” Then, true to form, she finished with the profound observation that “the thrill of family bonding is definitely hampered by a shrill 8-year old voice in the background demanding someone fix him a sandwich as it’s only been an hour since dinner and he is starved.”

Two Shoes’ columns ranged from the profound (“In Honor He Came“) to the slapstick (“Minnie Luck“) and in the process paint a vibrant picture of life on the Fort Peck Reservation. By now her columns are nearly 30 years old, but they still ring surprisingly true. Minnie Two Shoes’ voice deserves preservation. She was a remarkable woman, a talented journalist, and a tireless advocate for Native Americans. Her columns put her sharp mind on full display, and are thoroughly grounded in place—a collection would make an excellent reading companion on any trip to the Hi-Line and the Fort Peck Reservation. I don’t know of any such collection, but all of her work for the Wotanin Wowapi is stored online at the Montana Memory Project. Happy Reading.

1 thought on “Minnie Two Shoes: A Montana Wit and Activist”