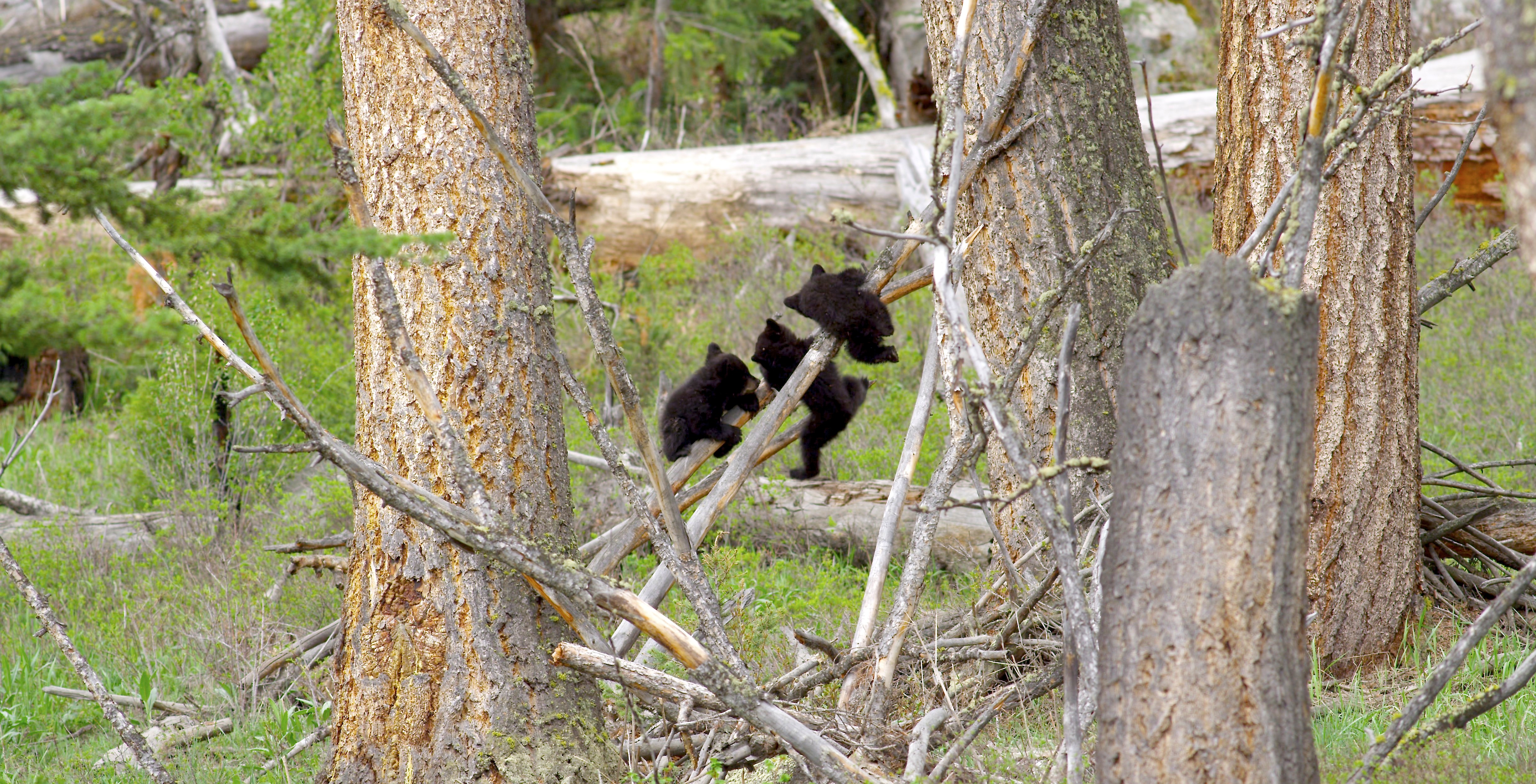 Tempest videographer Mike Dreesman spent part of this May in Yellowstone National Park, sleeping on an air mattress in the back of his van and living off of bologna sandwiches and peanut butter and honey, all so he could get the best possible video of the park in spring. When he got home, he pulled some stills from his footage and sent over his audio journal of the trip.

A few days into the trip Mike spotted a bald eagle perched in a dead tree. The texture of the snag, the pale outline of the moon and the blue sky made a perfect setting for the bird. For video, though, something should happen. Mike says, “I waited and waited to get him flying, taking off, you know, an action shot. After about forty-five minutes to an hour I gave up, said adios and started walking back towards the minivan,” but then, “here comes the bald eagle, right over my left shoulder, nice and low.” Mike half chuckles, “that happens all the time.”

Mike calls the day he filmed the sow and cubs at Rainy Lake “one of the most amazing […] filming experiences ever.” But the shoot ended on a bittersweet note. By midmorning, the crowd had swollen to well over one hundred, and rangers directed everyone to the far side of the road. The bear cubs decided to put on a show, treating a fallen log like a jungle gym. Bear cubs, it turns out, make unbearably adorable acrobats. Unfortunately, it was Memorial Day weekend—the first weekend that all five entrances to the Park are open—and Mike could only film for a few seconds between cars, not enough time to catch all of the action. But he says, “There’s nothing you can do about that. That’s part of the—I guess that’s part of the package deal for shooting in a place like Yellowstone.”

The next day, excited by his previous footage of the sow and her cubs, Mike returned to Rainy Lake. But the cubs, perhaps worn out from their acrobatics the day before, didn’t do much of anything. After three hours of waiting and watching, Mike decided he had to leave and get footage of the rest of the park. Later that day, as he was walking along a trail to get shots of a grizzly, he crossed paths with two photographers he had met at Rainy Lake. As soon as they saw Mike, they started shaking their heads. Not long after he left, a boar came up, and the sow started chasing it all over the place, “they were saying it would have been perfect for video.” The sow chased the boar directly towards some of the photographers before turning and chasing him down the road. Ruefully Mike says, “That was one of those once-in-a-lifetime type shots that I missed, and oh well, what can you do? You know, that’s what makes this interesting and sometimes exciting.” Mike says that missing rare opportunities can be a blessing because “when you do get that [once-in-a-lifetime] shot it’s…I’m grateful. It’s gratifying because you never know…it’s nature.”