Photographers spend a lot of time waiting for shots that never happen, and thinking about shots they missed. But sometimes shots spring up on you with no warning whatever. Initially Mike drove right past this moose sighting near Norris Geyser Basin, thinking that the shadows and lighting were bad. After a while of driving up the road and seeing nothing interesting, he decided to turn back to the moose.

This black bear sow spent most of the day asleep in the grass. Mike was ready to pack up in frustration when she rolled onto her back and started lifting first one paw and then the other, looking for all the world like a beachgoer languidly examining her nails.

Nearing nightfall, and too dark to film, Mike had packed all of his equipment away and was driving to camp when the sun dipped below the clouds right above the horizon. He managed to catch this image of the already set sun firing the underbelly of the dark clouds. 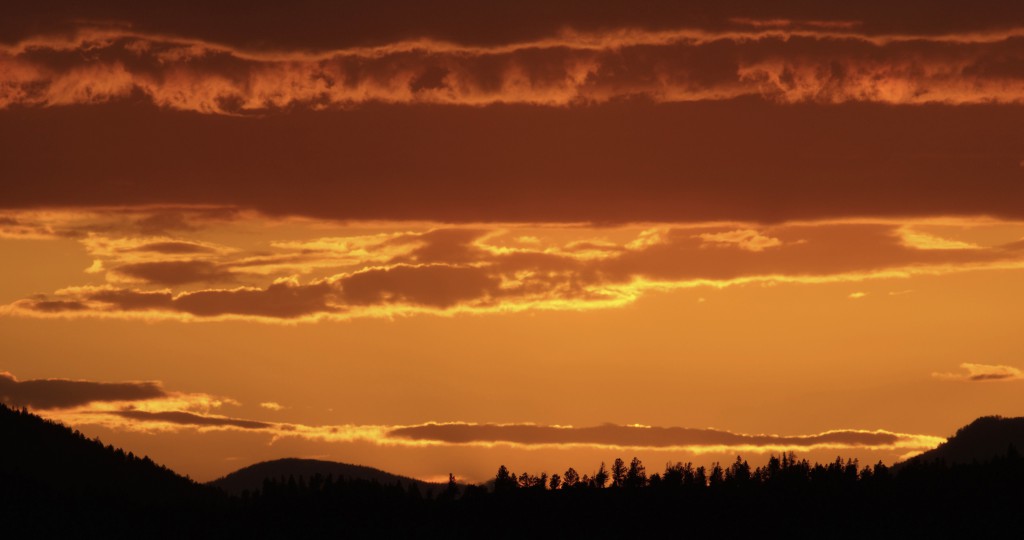 To film the sunset, Mike parked near a herd of bison. With the sun set and truly too dark to film anything, Mike watched as the herd crossed the road, snorting, trotting and kicking up dust—more energy than had seen from bison all week. Fortunately, he had his camera out to capture the silhouette of this buffalo, enveloped by a cloud of dust.