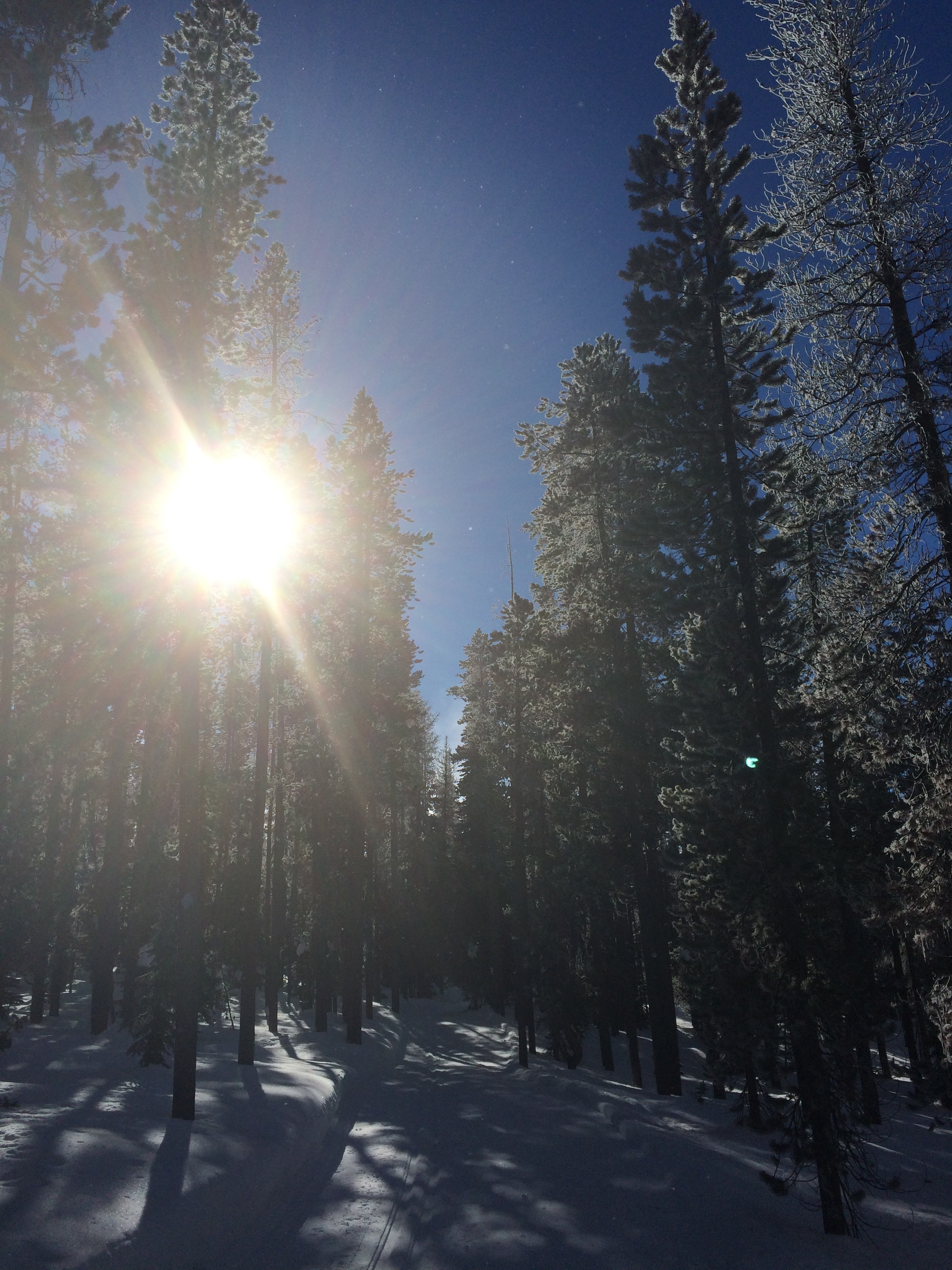 On Saturday I was a little worried about going skiing. It had felt like spring down in Missoula, and the reports coming from Chief Joseph weren’t all that encouraging. Warm weather kept thawing the surface every day, and cold weather kept freezing it every night, resulting in super icy conditions that made it nearly impossible for the Bitterroot XC Club Volunteers to groom the trails. However, we found that the trails were in good shape, and the ice wasn’t terrible, it just added another challenge to the day. When we got there, the sky was completely blue, with the exception of a single cloud that was on (over, in, under, and around) Chief Joseph. The cloud coated the trees with ice crystals and made the world look extra enchanted. However, by the time we had skied to the warming cabin and eaten lunch the cloud had burned off and we enjoyed bright blue skies for the rest of the day. 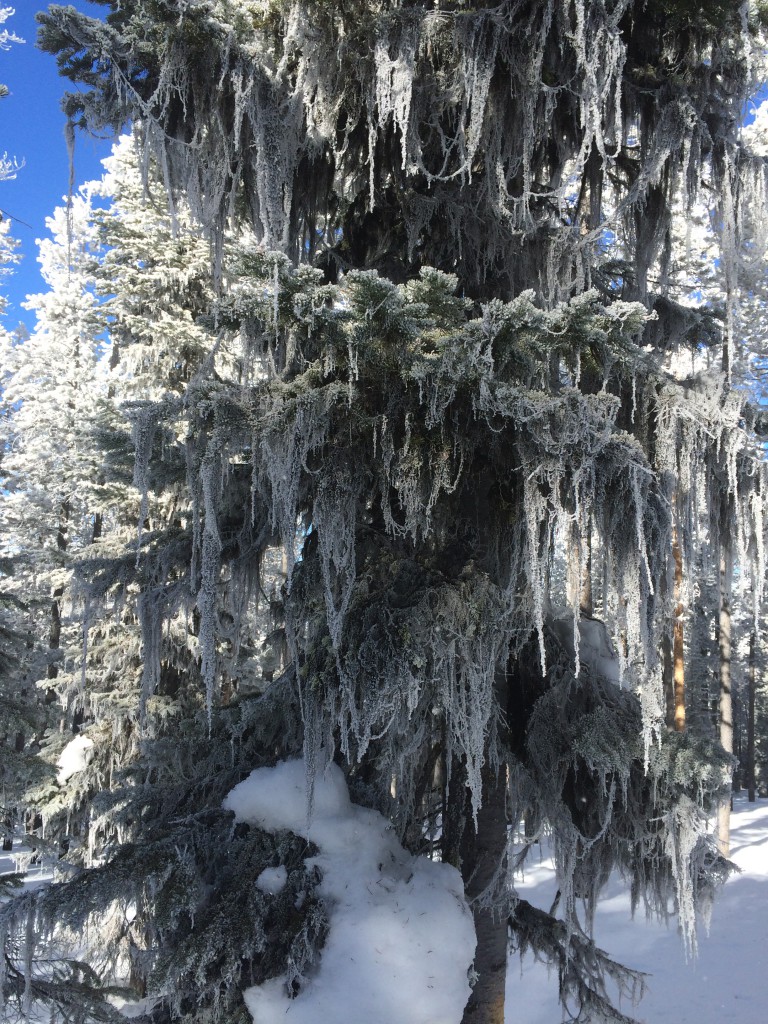 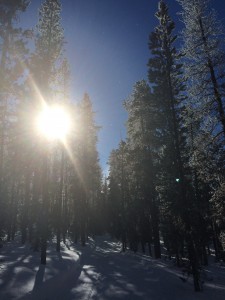 It felt odd to go skiing in the mountains and then wander around downtown Hamilton coatless, but that’s exactly what we did. From Highway 93, the towns in the Bitterroot Valley all look pretty much the same. However, once you get off 93, you get to experience the unique character of each town. And Hamilton is one of my favorites.

The biggest disappointment of the day was that even after we were done wandering around Hamilton, it was only 4:00 pm. We had eaten a late lunch and even the memory of our last dinner at the Bitterroot Brew Pub could not convince our stomachs that we needed another meal so soon. Fortunately, as everyone knows, beer and fries don’t qualify as a meal. The taproom was almost empty when we arrived, so we parked in the corner of the bar and got a dopplebock, a porter and a cone a sweet potato fries. Between the consistently delicious beers, the fantastic food and the comfortable atmosphere, the Bitterroot Brewing taproom may be my favorite in the state. I say may be because there are some pretty remarkable taprooms (the Philipsburg Brewing taproom, for example) but Bitterroot can compete with any of them. It didn’t feel hollow and empty when there were so few people in the place, and last time when we were there during rush hour, it didn’t feel overwhelmingly loud and crowded. 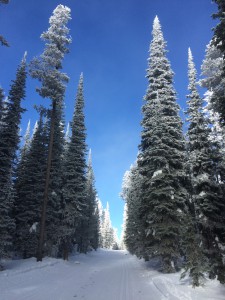 So there you have it. Skiing and beer, a quintessential winter Saturday in Montana. There are few better ways to get into the mountains in the winter than cross country skiing. it has all of the joys of hiking, but with even less impact. And there are few better ways to enjoy a Montana weekend than road tripping from the mountains to a town, with a stop at a brewery along the way.