Here on the blog, we pride ourselves in being able to unravel questions people might have about Montana. We like to explain the odd quirks and strange tendencies that make our state so great.

Except for the weather. On that front (hah, see what I did there? A weather pun) we have nothing to contribute. The weather across the state is crazy today. Great Falls is experiencing a record breaking warm day. I saw one forecast that called for a high of 70 degrees in Billings today. Seventy degrees. In February. Does that strike anyone else as odd? It should. As of this writing, on Weather Underground, temperatures across the state are in the 50s and 60s. There are a few towns down in the 30s and 40s, but even those temperatures seem unseasonably warm. Thank goodness there are high wind warnings across most of the state. At least we have a small bit of predictability.

Like I said, we just don’t know. It would be nice to be able to say, “Don’t put away your skis because it will be winter again by next weekend,” or “Break out your trail runners because it looks like this warm weather is sticking around for a while.” It would be nice to offer some sort of insight into the weather, but that’s crazy talk. Don’t get me wrong, I have nothing against meteorologists in general, and there are quite a few in the state that are really good at their jobs, but when it comes to Montana weather, I’m not about to make any predictions. After all, if the weather was predictable, it wouldn’t be Montana.

Next time you try to plan clothes or activities around the weather, remember, Montana weather looks at your plans and make this face: 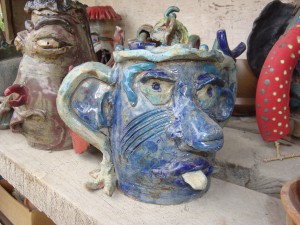