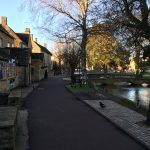 At the moment, my wife and I are living in England. It is generally very nice. There are lots of very old things to look at; there are beautiful hills (which they insist on calling “peaks”) to walk; and you can buy a bag of French fries (err, chips) as big as your head for … Read more 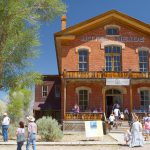 Recently I was updating the SouthWest Montana ghost towns page. Some of the listings consisted of nothing more than part of an old mill, a few sheds, or the pit of a foundation. Others have been carefully preserved. Some flourish in continual celebrations of their past. Still others remain inhabited by people going about their … Read more 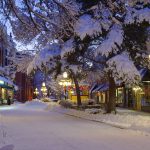 Who says that Montana in December is beautiful? (Besides us, a bunch of times) I mean look at this tree. It isn’t the kind of picture you would see hanging in a fancy art gallery. And this picture of the sun sparkling on Helena Reservoir doesn’t need to be accompanied by an epic soundtrack. Montana … Read more 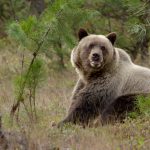 Last November, Tempest videographer Mike Dreesman was filming the fall larch colors in the Seeley-Swan Valley when he encountered a Grizzly Bear near Van Lake: I passed a car parked on the side of the highway. I looked back and realized that the driver was looking at a grizzly bear, so I whipped the mini-van … Read more

Christmas is a time for spending with family and friends, but lots of people in Montana in the 1800s ended up spending Christmas away from their families. Miners, and lumberjacks, and railroad workers all ended up spending many Christmases in camps scattered across the unpopulated plains and mountains of Montana. It may seem bleak but, … Read more 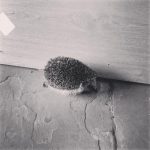 This week I was scheduled to write about Ponderosa pines, (aka Pinus ponderosa, aka Montana’s state tree, aka not the best choice in Christmas tree). But something important has come up. This blogger has an exclusive scoop. By exclusive, I mean that I saw this on the SouthWest Montana upcoming events page. Jan Brett is … Read more 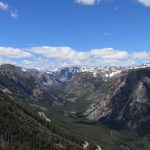 Montana is a land of silver. You can tell because on our flag it says “Oro y Plata” which means “Gold and Silver.” It could potentially mean “Gold and Dishes,” but I feel pretty confident in the first translation. Butte was a silver town before it was a copper town, and Philipsburg was actually named … Read more

Thanksgiving, at least in my mind, has a close connection with hunting. I think it is a common tradition to take advantage of the long weekend and gathered family to go hunting. Also, the general hunting season ends on November 29, and much Thanksgiving hunting has the air of desperation (in fairness, the holiday in … Read more 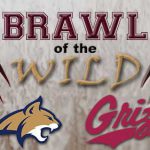 This Saturday, at 12:10pm, the most important sporting event of the year begins. I am talking, of course, about the Brawl of the Wild, the Great Divide Trophy: Cat-Griz 2015. The University of Montana Grizzlies and the Montana State Bobcats have faced off on the football field every year since 1897. In its 115th year, … Read more 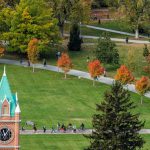 Before on the blog, I’ve talked about the intense pride Montanans have for the state. Well, the pride gets even more pronounced when we start talking about Universities. So I’m supposed to write a blog about the University of Montana, but where do I start? Do I start with the fact that Montana’s flagship University … Read more